You are at:Home»Anabolics»Do steroids show up on drug tests?

We all have different lives and different hurdles. Some of those challenges might be having to do a drug test. And if you’re using or considering using anabolic steroids for the first time, then you might want to know whether or not they show up on drug tests. Drugs tests happen for a lot of different reasons. Potential employers, probation and parole officers, and athletic competitions all regularly screen for drug use. This article is here to tell you which of these drug tests will indicate the use of anabolic steroids. We’ll go over the different drug-tests used by employers, probation and parole programs, Drug Court and of course sports competitions.

The Different Kinds of Drug Tests

We also want to remind readers that anabolic steroids are currently classified by the law as control substances. Using them without a prescription is illegal and we do not endorse using anabolic steroids. That being said, we do want to inform any one who makes their own choices about what those choices could result in.

What is a Drug Test?

In its most basic form a drug test is when a biological sample is taken from a person. The sample undergoes some kind of examination that looks for trace amounts of one or many specific substances. Most often, this means testing someone’s urine, but testing one’s blood, hair follicles, saliva, and even sweat can also occur.

These tests try to determine the presence or absence of a specified drug or its effects. Based on the results, the test’s administrator can know if someone has traces of a drug in their system. Drug-tests can look for a wide variety of different things. The most common drug-tests aim to find traces of recreational drugs like marijuana, cocaine, or heroine. Others look only for specific substances. For example, drug tests at archery competitions will specifically try to find trace amounts of Beta-Blockers.

Not All Drug Tests are the Same

It’s important to understand that there is no one universal drug test. Instead, there are hundreds of different chemicals that a drug test could be looking for. So each drug test has a specific purpose and specific substances that it looks for. For example, a breathalyzer test only looks for traces of alcohol and some urine analyses only look for THC, the active psychoactive ingredient in cannabis. At the same time, some drug tests are designed to look for a wide scope of different chemicals. Were going to go through the most common kinds of drug-testing and explain whether or not anabolic steroids appear on them.

Drug Testing for a Job

At some jobs, employers require new hires to undergo a drug test. At other jobs, employers may test their employees for drugs at random intervals. In either case, these tests are not specifically aimed at finding anabolic steroids.

Overall, when employers uses drug- tests they do it to see if a potential employee some has traces of illicit substances. These normally include things like marijuana, cocaine, heroine opiates, or amphetamines. Employers typically use drug testing only to scan for illicit recreational substances, rather than anabolic steroids. So if you use steroids, you’ve probably got nothing to worry about with regards to your employment.

There are a few exceptions to this you should be aware of. Police departments and the military are known to occasionally test people for the use of anabolic steroids. This isn’t a common practice and they normally only run these tests if someone has a reported history of  violent or overly aggressive behavior, but it does happen sometimes.

If you do have to take a drug test for work and have been using anabolic steroids, it might actually be a good idea idea to tell the test administrator. Occasionally, anabolic steroids can lead to false positive for some drugs. Most often these false positives will look like traces of amphetamines. Steroids are a lot easier to explain to somebody than a suspicion of using meth.

If you ever run into legal issues, you’ll almost definitely have to take a drug test at some point. In fact, drug testing for people on probation or on parole is a very common process and you should expect it. If you find yourself in either situation, your advising officer will be supervising according to certain expectations and guidelines. Almost always, these kinds of legal situations include testing for the use of illicit substances. Moreover, if you’re on probation or parole, your advising officer might test you regularly as well as randomly for drugs.

Now that you know all that, the question remains – do anabolic steroids show up on drug tests? Unfortunately, there’s no clear answer whether anabolic steroids will appear on a court-ordered drug test. The drug-screening processes differ enormously from state to state and even between counties. Often times, municipalities will contract outside companies or labs to do the testing for them. One drug test may be sensitive to anabolic steroids, one might completely ignore it, and another might mistake traces for steroids for methamphetamine use.

With so many different factors at play, we can’t say if anabolic steroids will show up on a court ordered drug-test. Our recommendation – If you find yourself on parole or probation, avoid the headache altogether and don’t use anabolic steroids. When it comes to law, err on the side of caution. Testing positive for another illegal substance can get you in hot water quick!

Do Steroids show up in Drug Tests for Drug Court

If someone commits a crime related to drug use or substance abuse, the judge might not send them to probation or prison. In all fifty states, a judge might instead assign an offender to Drug Court for a drug-related crime. These programs focus more on keeping people out of the penal system and preventing crime rather than punishing it.

Drug Court Programs have well-earned reputations for using more intrusive drug testing than other programs. These tests look for all kinds of controlled substances. This can include well known drugs such as marijuana, cocaine, heroine, and methamphetamines and often alcohol as well. These drug-tests might also test for lessen common substances like prescription drugs (i.e. oxycodone) and even anabolic steroids.

If you’re undergoing legal processing through Drug Court, you should assume that any use of steroids will appear on the analysis. Keep this in mind since Drug Court officers almost always consider the use of any substance that isn’t specifically prescribed by a doctor to be a violation of agreement. This means that using anabolic steroids while in the program can land you with more time and more headache. So don’t even take the risk.

Now we’ve already gone over the places where drug-testing can get you in some serious hot water or out of job. Now were going to talk about where the stakes are a bit different – the competitions.

These days, professional athletic competitions regularly test participants for anything unexpected in their system. These test often look for traces of anabolic steroids as well as other performance enhancing drugs and supplements. The common belief in the sports world is that steroids provide users with an unfair advantage. As such, most professional venues will carry out both scheduled and random drug tests on their participants. Take note, no matter what you do, if you’re on a steroid cycle, you’re not going to be able to pull one over on the drug test. 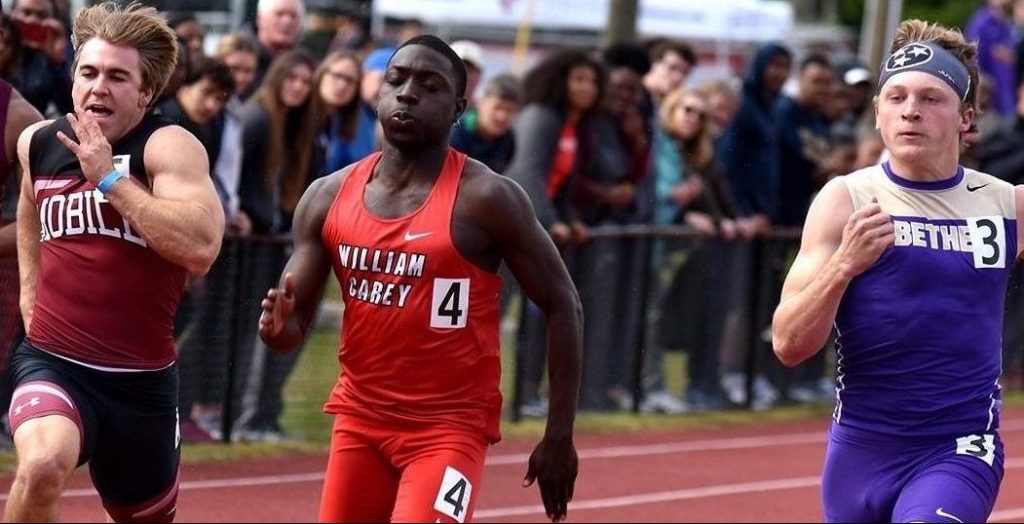 However, not all competitions put bans on the same substances. While nearly every major sporting event has placed a ban on the use of anabolic steroids, the rules are different for other substances. Specific competitions ban different substances that others don’t. This mostly deals with Beta-Blockers. For example, most body-building competitions have no ban on Beta-Blockers, but nearly all upper-tier archery competitions do. We provided a link to a list from the World Anti-Doping Agency for you here. Peruse at your leisure.

So the big question still remains – Do steroids show up on drug tests for a sports competition? The short answer is yes. In sports competition, drug-test administrators analyze hair follicles or urine samples, sometimes  even both. If you have used anabolic steroids recently, you will test positively for them in a sport competition. And if you are currently on steroid cycle, you will definitely test positively for them.

In this article, we’ve spelled out how anabolic steroids appear in a variety drug-tests. If you are looking for a job, having some legal troubles, or planning on entering an athletic competition, you run a high risk of being tested for steroids. And if you’re using steroids, they’re probably going to show up in the drug-test. You’re least likely to test positive for a job application, but all drug tests might show traces of steroids in the body.